You are here: Home › Self-empowerment › TRUTH 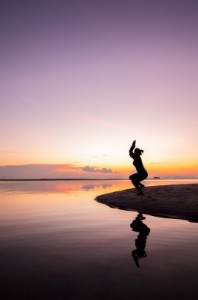 Let me tell you about my Yoga class. We meet at the Lodge at Weirs Beach, a waterfront retreat where my friend Marg runs a B&B specializing in family celebrations and corporate retreats. We do asanas, we practice yogic breathing exercises, stretch out any aches and pains and attempt to solve the world‘s problems, while watching horses frolicking on the beach.

Every week we share newsworthy ideas and discuss any concerns we may have. We support each other.

Sometimes we select a Tao card with each of us contributing our individual view of what the card means. The sharing of so many different views is always interesting, but most importantly – we laugh – a lot.

Recently, the truth card was chosen.
Someone said it meant honesty.
Another person saw it as anything real.
To someone else it meant integrity.
I felt it to be factual with anything other than truth being created illusion.
Pam, a retired psychologist, suggested that truth is individualistic, dependent upon our upbringing and belief system.
A valid point, as many people live their lives based solely upon a set of personal beliefs. So often at an early age, we are influenced by family members, teachers and peers.
After the class and for days later I thought about the truth card.
Here is what the Tao card had to say; 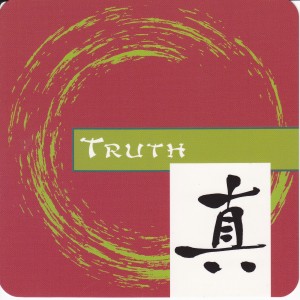 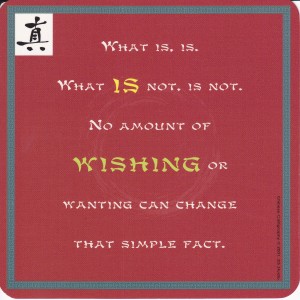 On a universal level truth is simply truth and stands alone, unaltered.

We can try to alter it, distort it, ignore it, bend it to suit the moment or to win an argument. We can choose to disregard it altogether, creating illusion.
Bottom line: any of the tampering does not change truth itself. It only provides a more acceptable substitute, often to ease pain or to deflect blame.
As the Tao states: It just is.

New findings now has us looking at String Theory and it‘s extension – M-theory , Chaos Theory, Big Bang Theory and Entanglement. Add to that list; one consciousness, and quantum mechanics which reveal and take us to new frontiers of physics, into energy work. Once more is understood, I believe energy healing will be widely accepted and truly important in the future.
Ultimately, real truth stands alone unaltered and unchallenged.

The Tao card is absolutely correct- it just is!

Click here to order via FriesenPress. (Best value for Canadians!)

Each day we get to make new choices. There is always a chance for a do-over. We are continuously co-creating with the universe. Understanding the energy flow of nature's laws can provide a roadmap through life. ~Ulla Jacobs