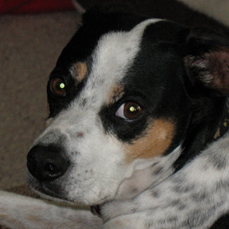 When animals come into being they arrive with the soul knowledge of their specific group. Birds, fish, cats, dogs, etc, all come in knowing the basic survival skills needed to function within the species.

Our first cat, Merlin came to us when she was just a tiny kitten, only a few months old. When she became a mother as an adult cat, she knew exactly what to do and how to care for her kittens. There were no other cats around to show her the way. She had the knowledge within her.

When any one segment of a soul group learns something new, the knowledge becomes part of the collective soul learning with each new member privy to it. Researchers first became aware of this event while observing monkeys. Dubbed the 100th monkey phenomenon this principle alluded to the possibility of a tipping point of the collective unconscious. When some monkeys adopted a new way of eating sweet potatoes, it was later discovered that monkeys living in other parts of the world also began a similar procedure. Acquired knowledge travelled within the soul group educating some members and setting a new paradigm for others born into the group.

I have been asked if souls can cross species. I believe so because free will is present as a universal law and everything is about choices. Also, I think the souls of animals can elevate to humans. The story of Scarlett the cat who went into a burning building five times to rescue all her kittens shows amazing courage. She was extremely burnt. Due to such a selfless act this soul has the potential to transcend to human status.

One constant within the universe is change in the form of evolution. Animals are also a part of this constant change. Experiences and knowledge gained throughout the time in body will all be added to the already existing erudition. This gained comprehension added to the soul group base raises the entire species to a higher consciousness level and to a higher order.

Click here to order via FriesenPress. (Best value for Canadians!)